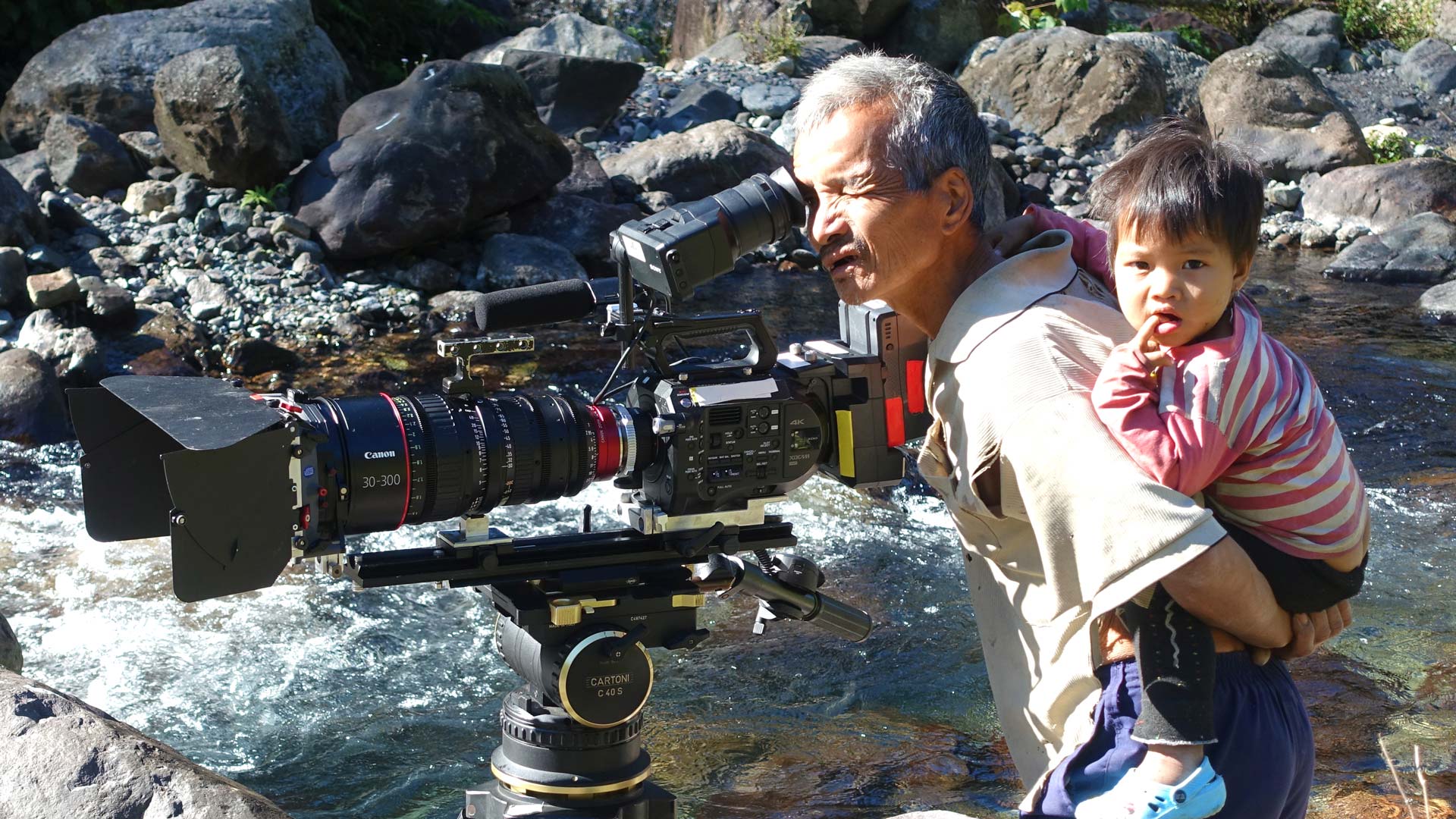 Lukas is a 25 years‘ natural history film veteran in a wide range of capacities. As CEO of dreiD.at, Lukas pioneered the world‘s first 3D natural history films for TV and Special Venue Cinemas. As a film editor, he is specialised in wildlife programmes. Since 2011, dreiD.at‘s output has averaged one international prime-time natural history programme annually, apart from substantial contributions to productions of many partner companies. Working across the globe, Lukas produced such best-selling blue-chip programmes as „Big Bugs“, „Turtle Hero“, „You Planet“, „Brahamputra – Sky River of the Himalayas“. 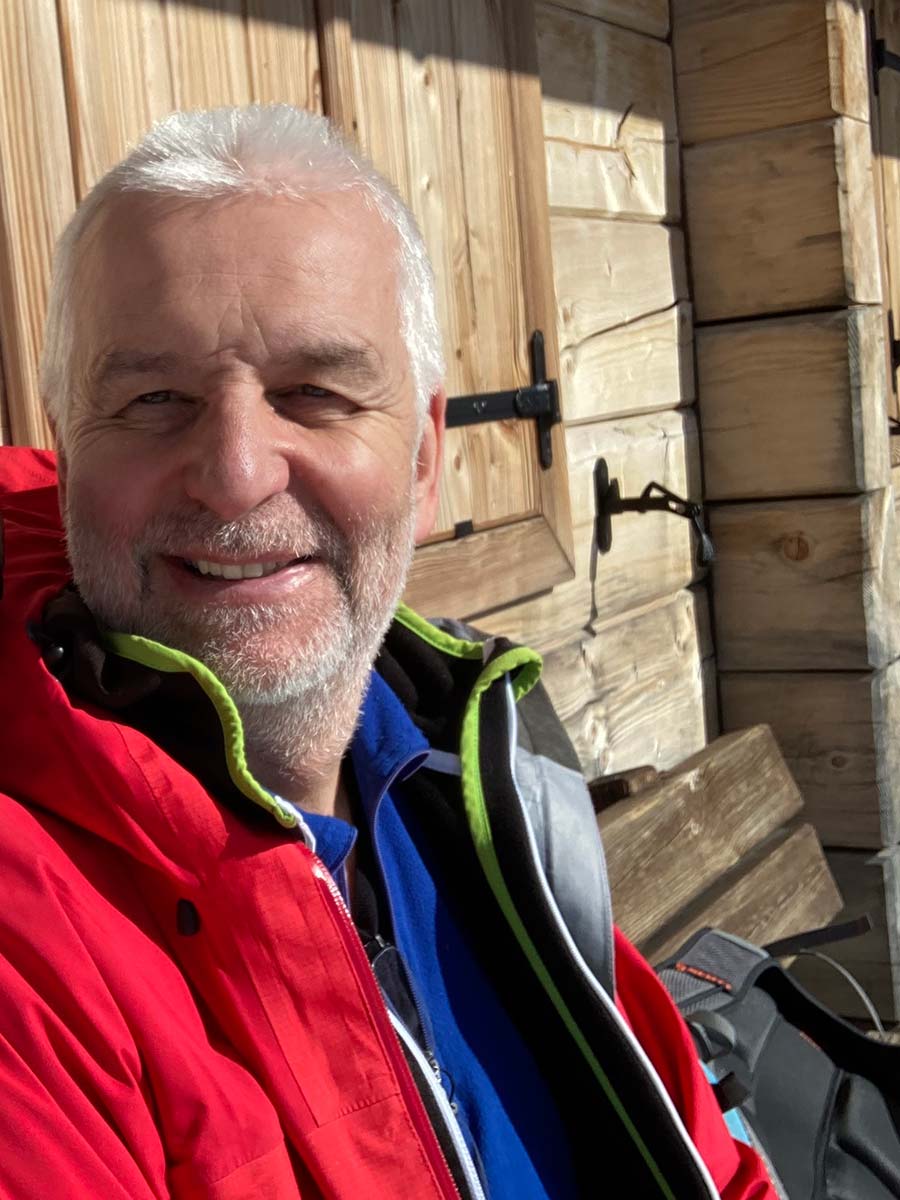 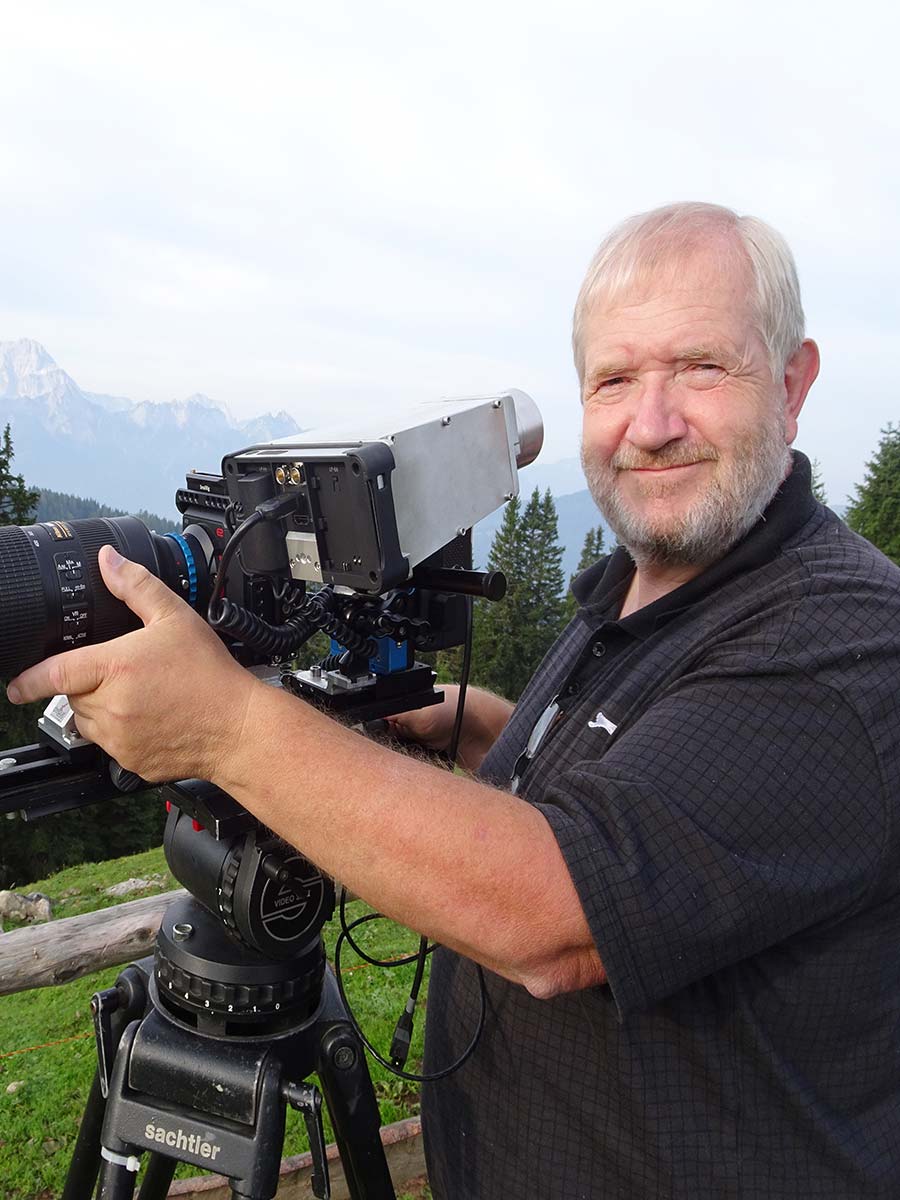 Jeremy has built a global reputation in natural history filmmaking as an accomplished storyteller, adept at working in remote locations and linking the animal and plant stories back to the environments they survive in. First as a film editor, and then as a director/writer Jeremy has specialised in natural history programmes for close to five decades, and has filmed on every continent except for Antarctica. Working with ORF UNIVERSUM Jeremy wrote and directed Turtle Hero – Ein Leben für die Schildkröten, (Turtle Hero) and also wrote and directed an episode in the series Brahmaputra – Der Grosse Fluß von Himalaya (Sky River of the Himalaya). Although delayed by the global pandemic, Jeremy has recently commenced production on a one hour wildlife documentary in India – The Real Jungle Book – for ORF, NDR, ARTE and Drishyam Films. 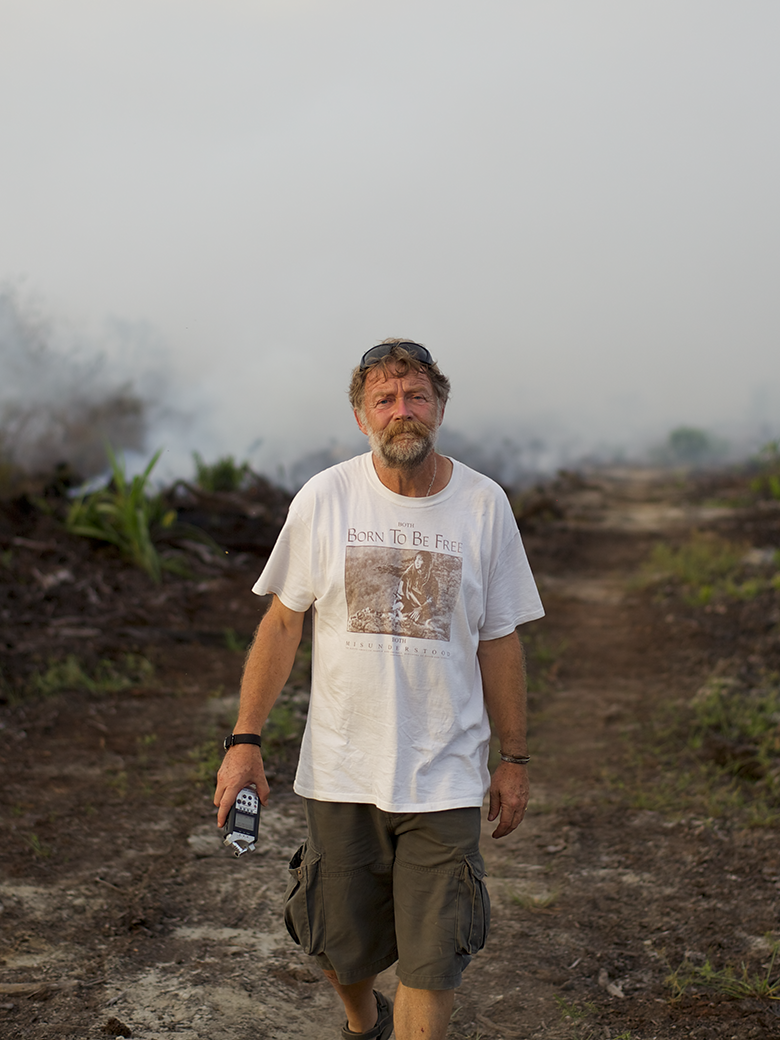 For over 30 years in the film industry, Alexandra Herzog has worked independently for film productions - both as an editor and in the areas of conception and production management. 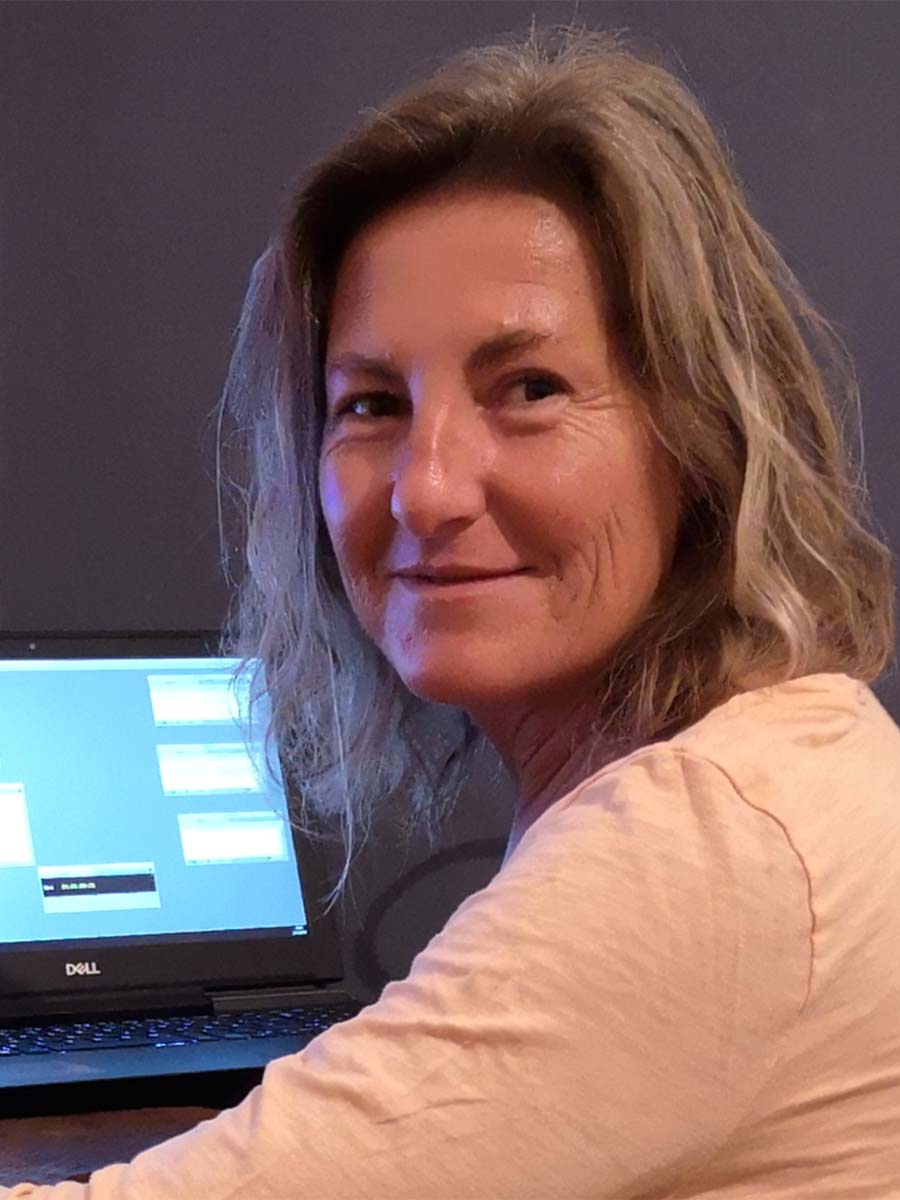 Christine Sonvilla, who has finished studies in biology and German literature, is a professional filmmaker, photographer and author with a focus on nature and species conservation topics. She has been working intensively on large predators in Central Europe, alligators and pumas in the Florida Everglades and on wildlife in urban areas. As a result of her dedicated work she has recently become a member of the “Her Wild Vision Initiative”. The platform represents distinguished female filmmakers and photographers whose work revolve around nature conservation. Christine has already collaborated on various TV film productions and is currently working for DreiD.at as camerawoman and co-director on an upcoming nature documentary about Slovenia. In addition, she also produces image trailers as well as short and educational films on nature and wildlife-associated topics. So far, she has published more than 200 stories (photo and / or text) in various print media across Europe (BBC Wildlife Magazine, Terre Sauvage, Terra Mater, Bell’Europa, Servus Magazin etc.). A selection of her brown bear images was published in the cover story of the German edition of National Geographic Magazine in June 2018. Several books, including “Unter wilden Bären”, “Das Wilde Herz Europas” and “Europas kleine Tiger” are available from her. Moreover, Christine presents her work in photo exhibitions and live talks, reporting about her wildlife adventures, about ways of coexisting with the “wildlife at our doorstep” and about the value of preserving biodiversity. For many projects Christine cooperates with her partner Marc Graf, who in turn works as a professional photographer and filmmaker. Together they live in Mürzzuschlag / Styria. 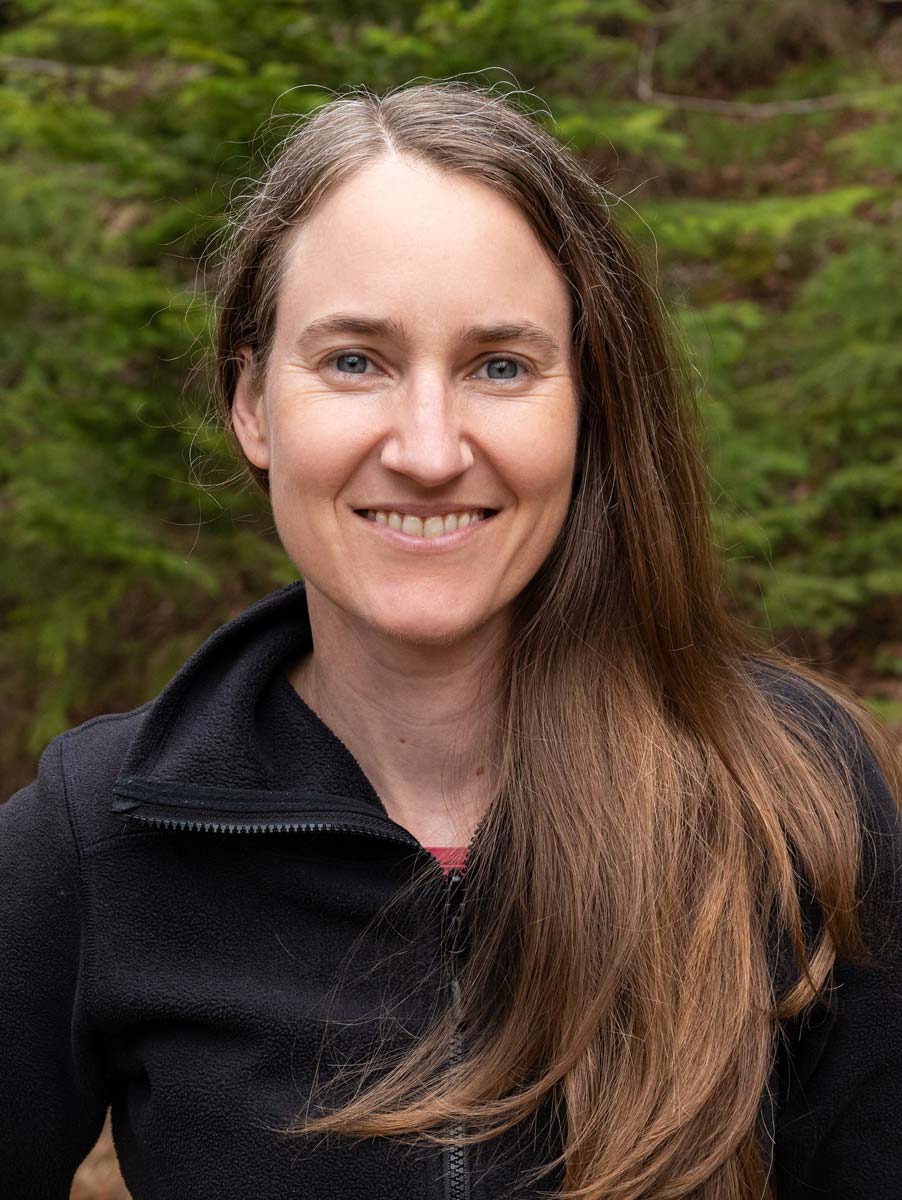 Marc Graf is a professional filmmaker and photographer who specializes in wildlife and nature conservation topics. In recent years he has spent much time documenting the Florida Everglades ecosystem, wildlife in the city and large predators of Central Europe. Capturing photographs of brown bears, lynxes and other wildlife from previously unseen perspectives is his expertise. The studied biologist dedicates much of his time to filmmaking and has already been involved with various TV film productions. Marc currently works as cameraman and co-director for DreiD.at on the realization of a nature documentary about Slovenia. Apart from that, he produces image trailers as well as short and educational films for national parks and nature conservation organizations. His images are being published in print in various magazines across Europe (BBC Wildlife Magazine, Terre Sauvage, Terra Mater, Naturfoto, Servus Magazin etc.). In June 2018, some of his brown bear images were published in the cover story of the German edition of National Geographic Magazine. He has already received two awards at the prestigious “Wildlife Photographer of the Year” photo competition and has released two illustrated books (“Unter wilden Bären” and "Das wilde Herz Europas"). Marc also presents his work in photo exhibitions and gives live talks on why nature and wildlife matters and how we can preserve it for current and future generations. For many projects Marc cooperates with his partner Christine Sonvilla, who in turn works as a professional photographer, filmmaker and author. Together they live in Mürzzuschlag / Styria. 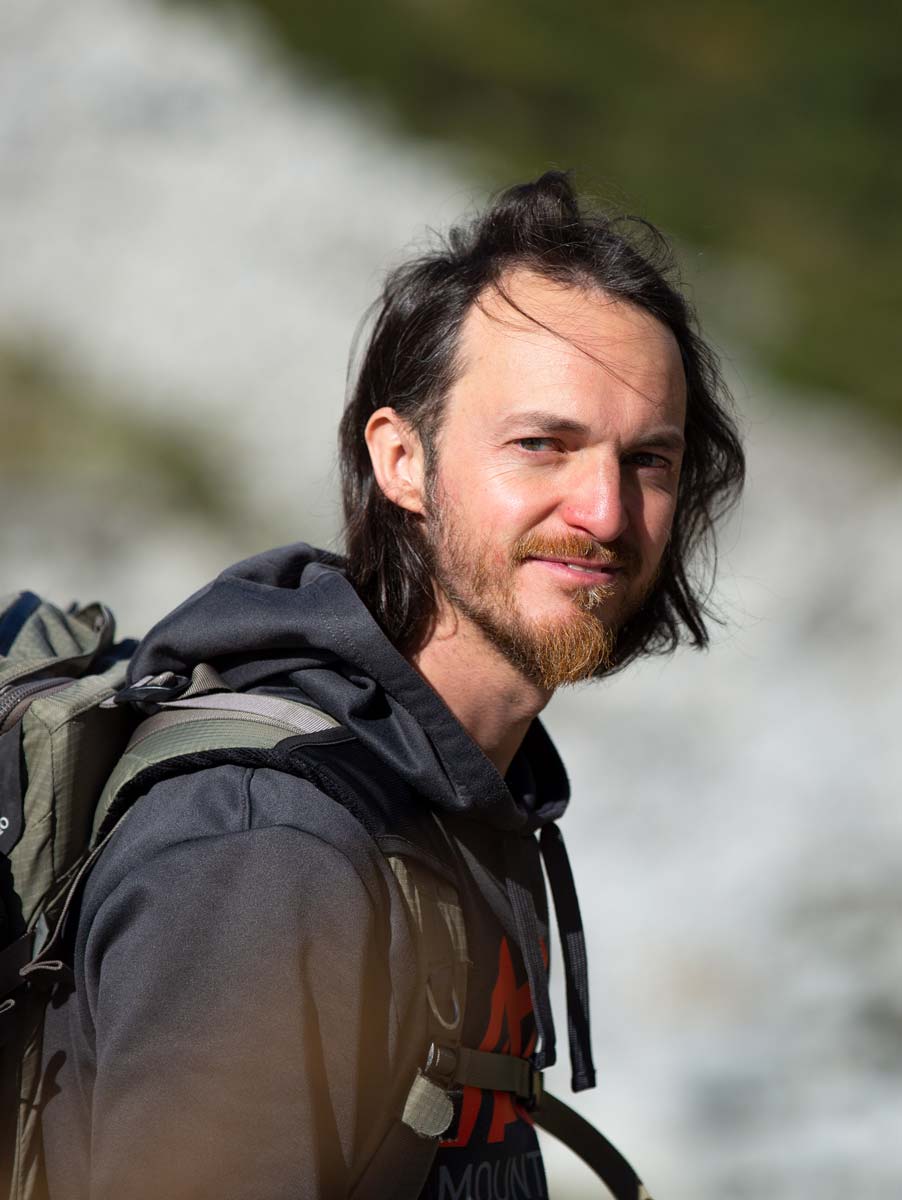 Bruno is the author of many books, lecturer, researcher, project manager and guide for special-purpose tours to all Central Asian countries. He has travelled and explored the high mountains regions and deserts of Central Asia throughout more than three decades. One of his central themes is the ancient Silk Road. Bruno‘s treasure of local knowledge, of Central Asian history – especial the history of exploration -- and geography is as hard to match. His vast network of scientists, conservationists, national administrations and logistics in all areas relevant to this production is a priceless resource. 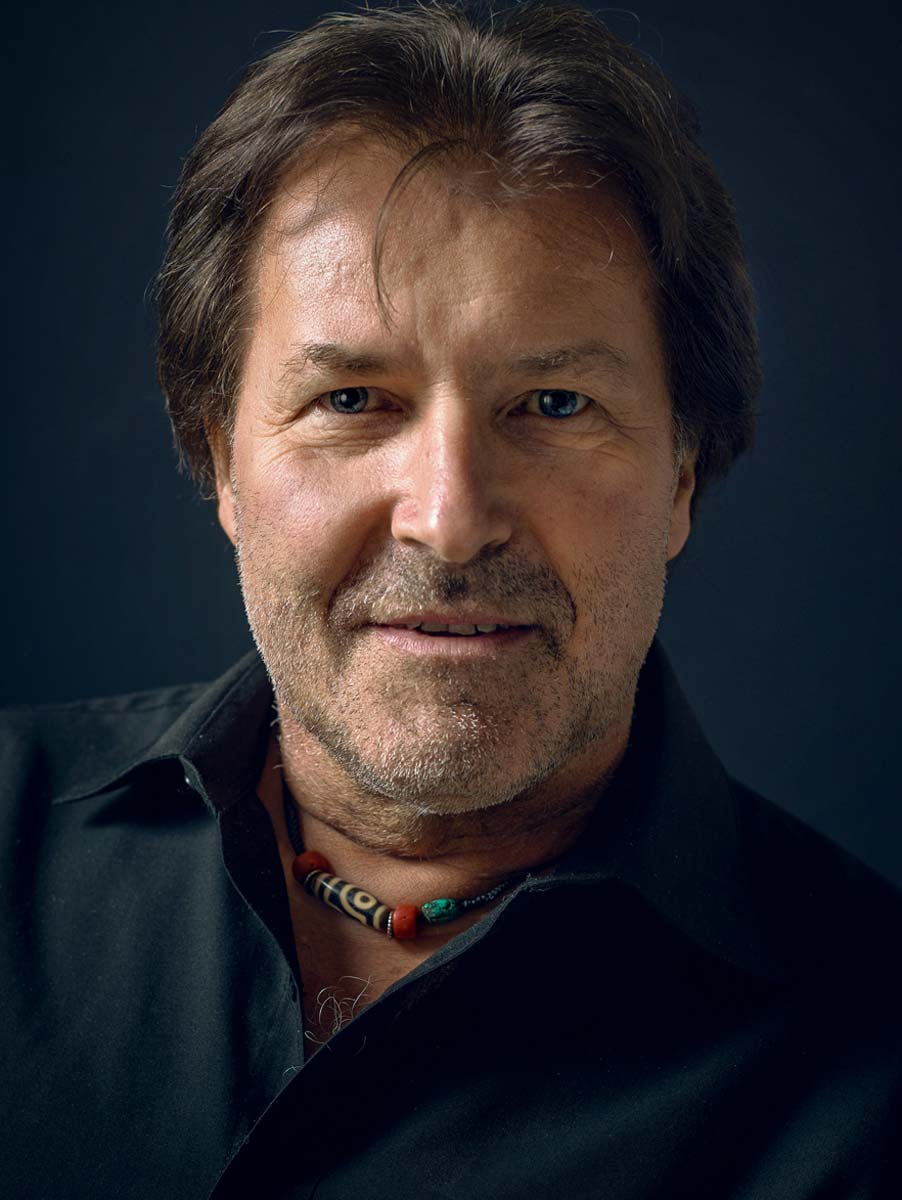 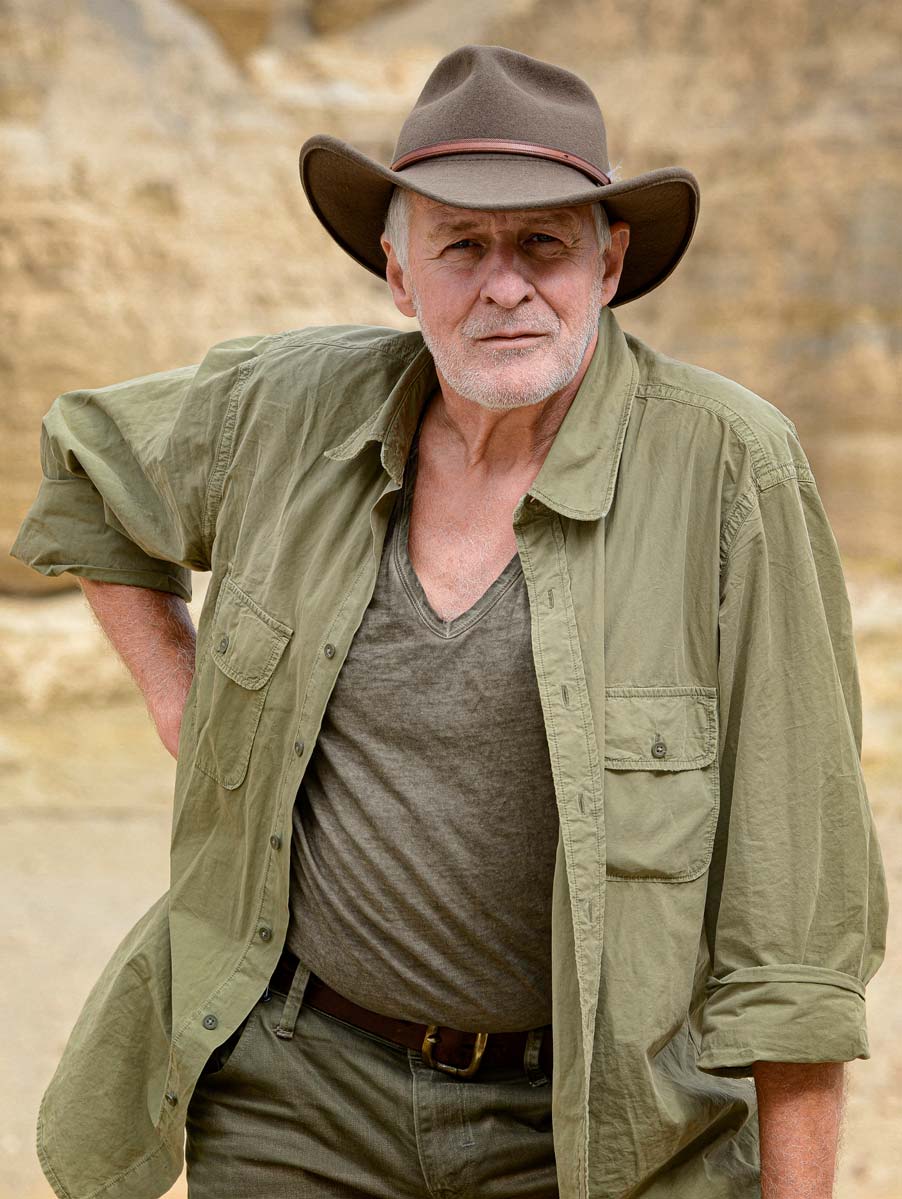 Kalyan Varma is a natural history filmmaker based out of Bangalore, India. He has been making natural history films for international broadcasters for the last 15 years. His films has been nominated for Emmy swards and his recently directed film ‘Wild Karnataka’ won 2 national awards in India. Kalyan specialises in long - lens sequence building camerawork. 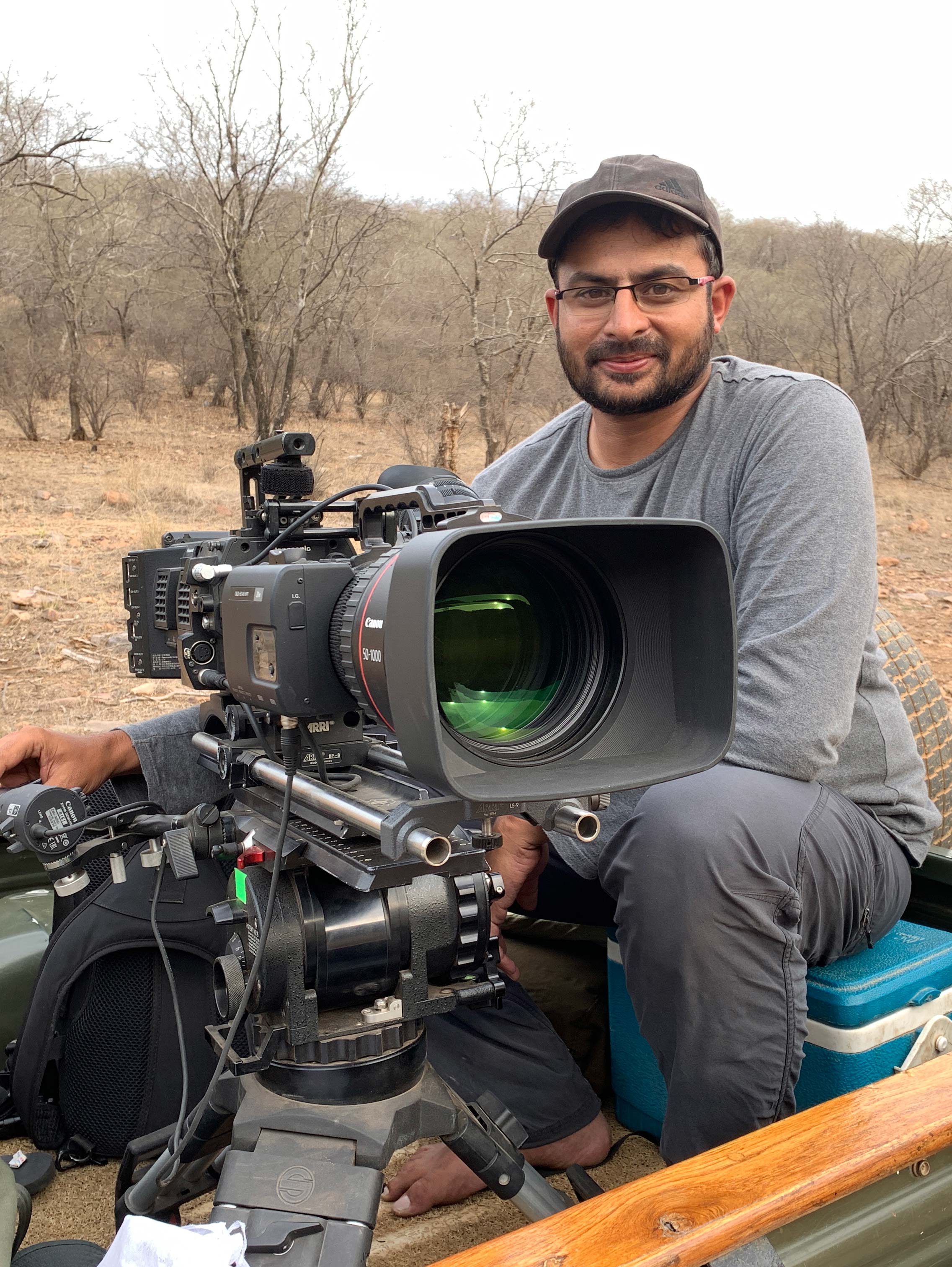 Günter has been working as a camera assistant and camera technician for dreiD.at since the company was founded in 2008. He has been instrumental in building up the company. 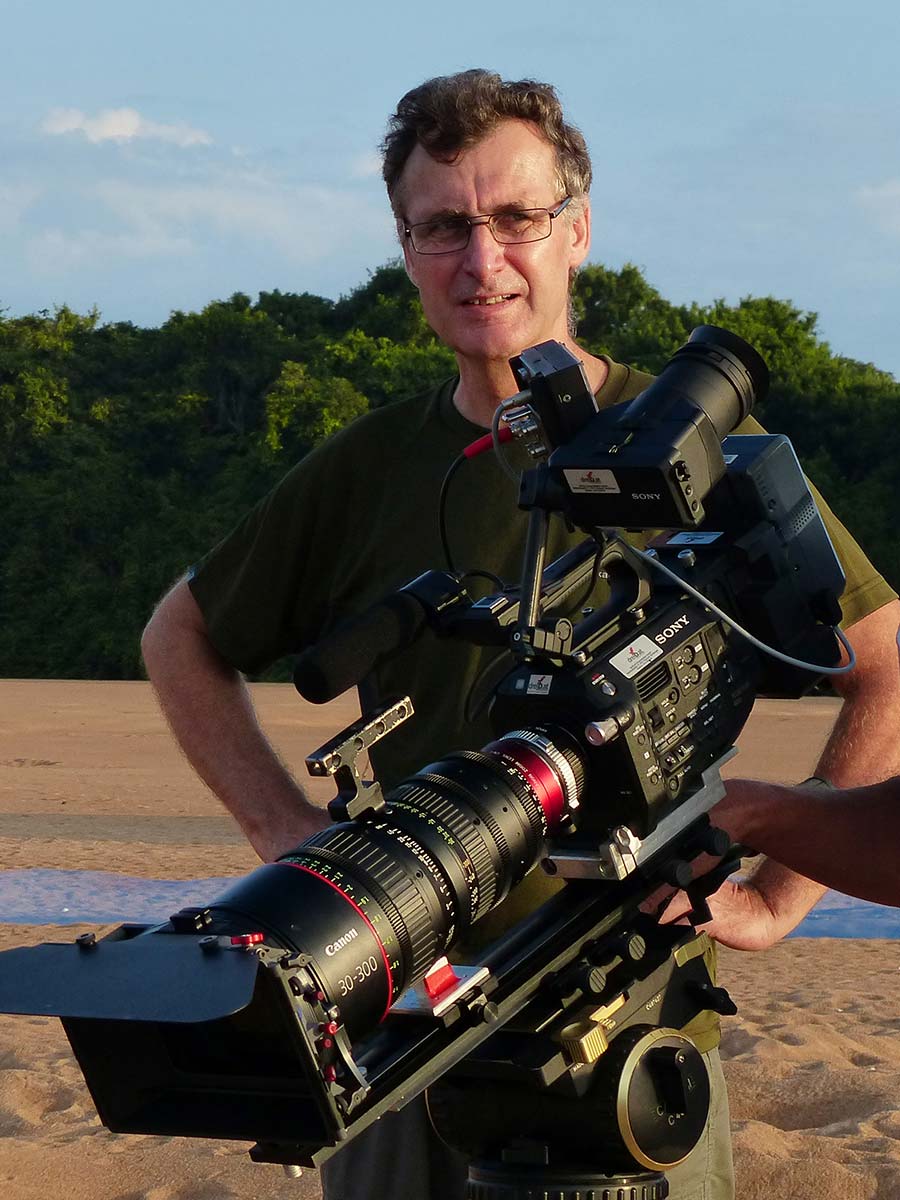 Günther is a reptile expert and has traveled large parts of the world in search of rare species. His expertise is a tremendous support for filming with rare and venomous snakes, but also with many other species. 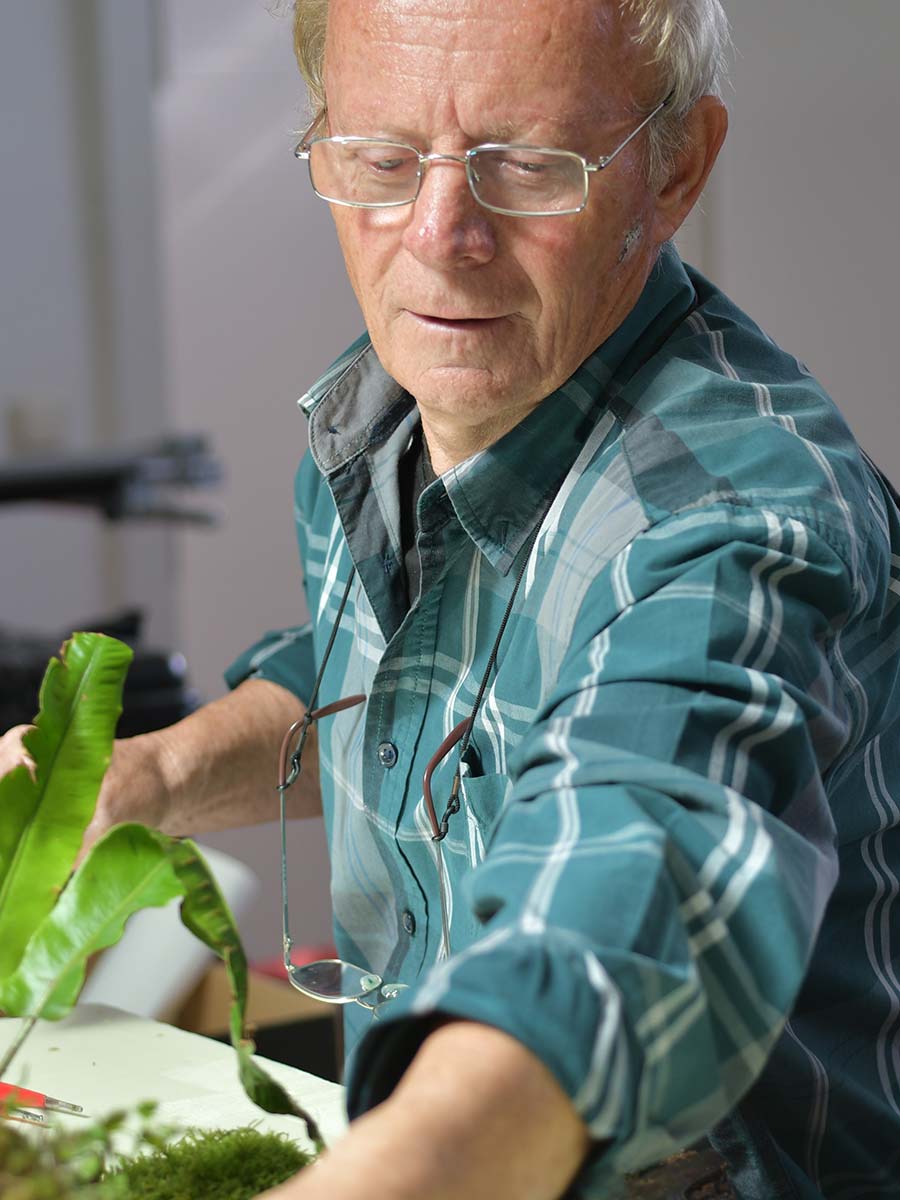 Florian is a recognized expert in species-appropriate nature replication at the highest level. He is a trained landscape gardener and has been breeding various animals and plants since childhood. His research, as part of species conservation projects, has taken him halfway around the world, as far as India and Bangladesh in the past ten years. He currently lives and works in Austria and Costa Rica. 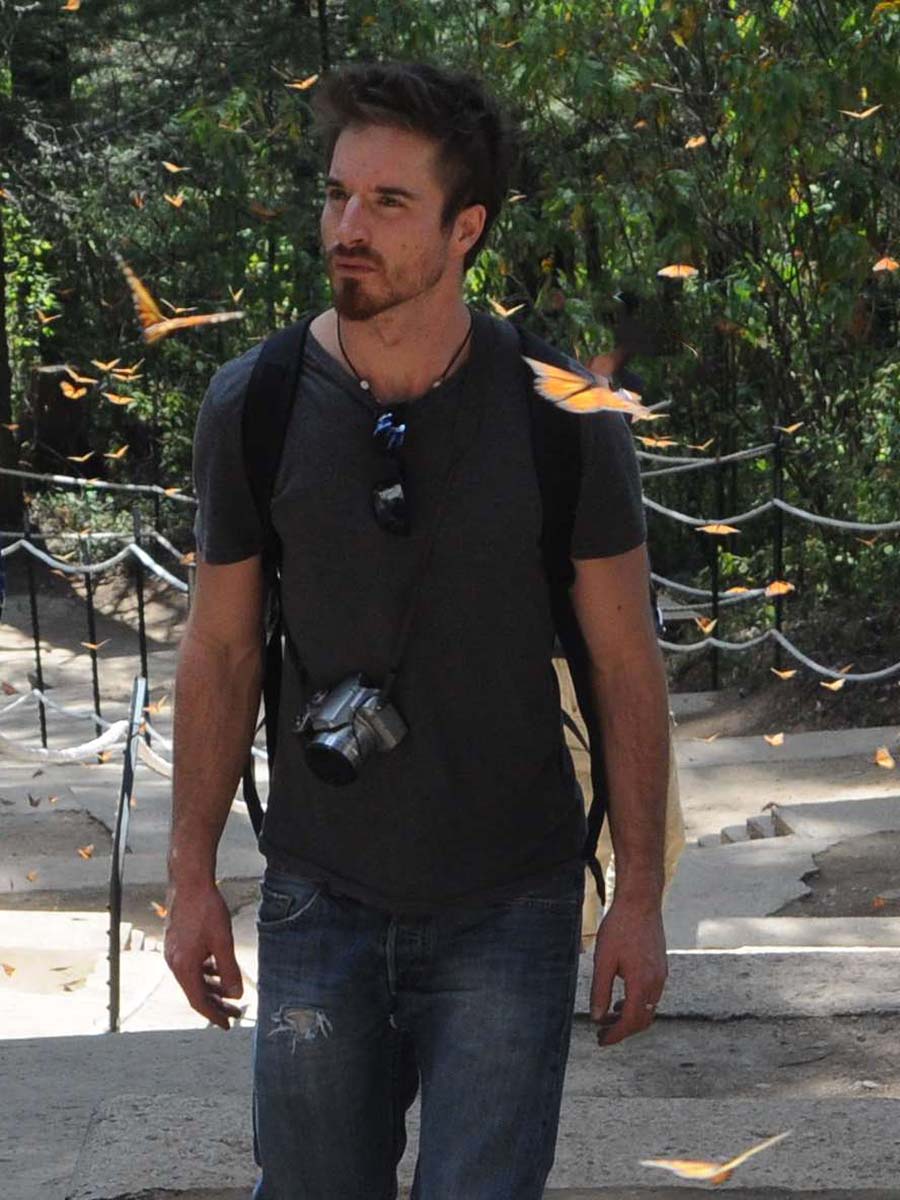